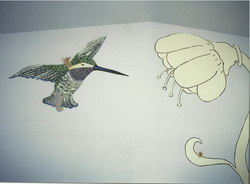 Katy Kavanaugh, officially began her involvement with the international film market as film programmer in 1993. With a Turkmeni film, two American classics and a Dr. Seuss retrospective, she produced her first program, FILMS FOR PEOPLE 4 AND UP, at the Mill Valley Film Festival. She went on to coordinate America’s most established festival of its kind, The Chicago International Children’s Film Festival. In 1995, she co-founded the CHILDREN’S FILMFEST section at the Mill Valley Film Festival with more international films from the Berlin Film Festival, film arts workshops, and panel discussions. After a five-year hiatus, Ms. Kavanaugh returned to the Berlinale Kinderfilmfest, as a journalist, to research the foreign industry perspective of the children’s film market in America. She discovered that most considered that market to be cornered by one company. She also recognized that American representation at the then 23 year-old world- renowned festival could be counted on two hands.  She officially established Catapult Productions to devote efforts to increasing awareness of the benefits of diversifying children’s programming with international cinema, as well as to challenge the aesthetic of the genre with her own filmmaking. Along with an international group of advisors, she launched the bi-annual touring exhibition Screen 360: Films for Children of the World, showing in San Francisco, Portland and rural Oregon. Screen 360’s annual Bay Area Progeny program was the sole American youth voice at The Olympia Festival for Children and Youth in Greece since 2003, established to maintain positive communication with American youth during the Iraq War.

Before getting behind the camera, Kavanaugh’s work in film festivals supported ten years of Dance Theater performance and choreography. She was an original delegate to the Berlin Talent Campus in 2003 and produced WHAT DOES YOUR FILM TASTE LIKE? with the Campus in 2004. Her film FLIEGEN screened in the US, Germany and Kenya. The 2007 doc SYNERGY continues to delight with the wisdom of Buckminster Fuller and nine year-olds. An early love of painting combines with understanding of spacial influence to garner commissions for interior and exterior environments. Her painting work is in San Francisco, Berkeley, Portland, and Sydney, Australia.

She is a 2010 graduate of Stanford School of Education’s Learning, Design and Technology program as well as its Hasso Plattner Institute of Design (d.school). In 2010 she received a Stanford-Freie Universität Berlin fellowship in coordination with the Berlin Film Festival’s Generation section to examine the impact of foreign films on childhood memory (FINDING FELIX). She has coached Design Thinking at the Hasso Plattner Institute of Design, Potsdam and continues to support design teams for innovation in Industry, Education and Research. She collaborates with film professionals and educators internationally to realize projects for K-12 learners that promote communication and understanding across socio-economic and geographical borders.
​
Kavanaugh is one of six children, raised by two educators with a front-door open to the cultural revolution in San Francisco’s Haight-Ashbury.
﻿﻿